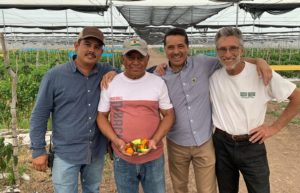 Note from Hygeia — We invited Larry Jacobs (far right in photo), founder and president of Del Cabo and Jacobs Farm, to share his experiences in producing organic herbs and vegetables free of non-compliant pesticide residues. His history with illegal pesticides on organic foods spans decades. He has lost crops and markets in his company’s quest to assure consumers that the organic label delivers on its pesticide-risk reduction promise. As more questions arise over organic food integrity, and what should be done to promote it, Larry’s perspectives and practical suggestions are golden. For more on the subject, we’ve had a thing or two to say ourselves over the years. And much, much more on pesticide dietary risks here.

We began farming organically in 1980 on a small family farm south of San Francisco on the California coast. Five years later we started Del Cabo, a growers cooperative at the tip of the Baja peninsula to create economic opportunities for small scale organic farmers producing food fresh produce for the winter market.

Del Cabo has grown from eight families to over a thousand in forty-four communities with over two thousand certified organic acres of cherry tomatoes, peppers, basil, mangoes, and squashes. Together, we farm over 2,400 acres certified organic by Oregon Tilth.

Our first experience with pesticide testing was a truck of cherry tomatoes and basil held at the Mexican border for pesticide residue testing.

The Food and Drug Administration randomly samples product at the border. The sampled load is held until tested and results are made available that show the load is in compliance, typically a 4 to 7 days process. This can be too long for highly perishable products like tomatoes and basil, resulting in product too old to sell.

The test results were negative. We gave away the load. Over the past 35 years our test results have almost always been “No Detectable Levels” or “ND.” We have had one positive sample in 35 years. It was on product we grew in California.

My reaction, it’s not possible.

I hadn’t used a toxic pesticide since 1969 when I got horribly sick applying Metasystox, another highly toxic (OP) insecticide.

We traced the dill back to a specific farm and began residue testing. Almost every block came back positive with low levels of chlorpyrifos. The problem was resolved when neighboring farms stopped their spraying of chlorpyrifos.

It took a high-dollar, high-risk law suit to end our nightmare. As a result of this experience, we began sampling and testing what we grow in both California and Mexico more frequently.

In 2016, we found residues on organic squash grown by an American farmer operating in Mexico. A surprise visit by the organic certifier found two opened packages of prohibited pesticides in their storage area.

We sampled plants and soil looking for a residue gradient. If drift from a conventional farm had caused the illegal residues, we expected to find increasingly high residue levels in parts of the field closest to where the pesticide had been sprayed on a neighboring farm.

We got more positives, but no gradient. The grower claimed he had conventionally managed fields nearby, and a worker’s mistake lead to the illegal application. The certifier put the grower on notice. We cancelled their contract.

In the past decade, a new disease on sweet basil swept the world. At the time we supplied a significant share of the winter North American organic basil supply. Overnight,  we lost entire fields to this new disease and were unable to fill orders to major retailers.

The disease, Basil Downy Mildew or Peronospora belbahrii, spread globally on seed. It also produces massive quantities of spores on the underside of leaves. An undetectable disease level turns into a 100% crop loss overnight after a few days of dew or rain.

We tasked a team of agronomist to test every material approved for certified organic basil production to mitigate losses. One year later, our team reported NO effective material to control Basil Downy Mildew approved for organics. Conventional growers struggle with the same problem. They have a couple of fungicides that help, but the problem remains a costly challenge for both conventional and organic growers.

We lost a significant organic business to other companies. We didn’t understand how other organic growers were supplying the market. Our agronomist said, “They’re cheating. Test their basil.” So we did.

An independent third party took fresh basil samples from retailers in California, Oregon and Washington, and sent them to reputable lab for pesticide testing. The results were positive for fungicides. We sent our findings to USDA’s National Organic Program, the part of USDA responsible for assuring organic integrity. To our knowledge, nothing happened.

Despite innovation and new tools approved for organic production, we still occasionally suffer losses and understand the pressure a grower feels to save his/her crop.

We’ve long been concerned with bad actors. What happens when certified growers cheat? Will erosion in the integrity of certified organic food undermine consumer confidence in, and demand for organic produce?

Most organic growers play by the rules and are honest, sometimes to a fault. But, as demand for organic food increases, and economic incentives loom large, it is inevitable there will be a few bad actors.

The organic food industry and USDA knows that fraud is a concern. In 2013 USDA’s National Organic Program published the Periodic Residue Testing rule. It requires Organic Certifiers to test a minimum of 5% of the farms they certify for pesticides.

More recently, USDA published a proposed rule to “close gaps in the current regulations to build consistent practices to deter and detect organic fraud.”  This was in response to imports from Eastern Europe falsely labeled organic, and would require importers and distributors to be certified. Everything helps. The proposed USDA rule is a solid step in the right direction, but far short of what can be — and should be — done.

Though the vast majority of certified organic crops have no detectable pesticides, more focus on pesticide residues in organic food is needed.

We need to be smart to detect fraud. It’s the responsibility of USDA to protect the integrity of organic food. Existing pesticide test results by USDA and states, paid for by the taxpaying public, should be used to identify potential bad actors.

More unannounced visits to organic farms should be made by certifiers, especially during the parts of each production cycle when pest pressure is usually most acute.

The testing of organic food now mandated by the USDA, and paid for by organic farmers through their certification fees, should be strategically targeted to foods and regions in ways that advance knowledge beneficial to organic and conventional farmers, and consumers.

We know the foods falling into both categories, and plain old common sense supports looking harder where the risks are known.

Investing grower pesticide-testing dollars where the results will most assuredly promote organic integrity is the best, and likely only way to sustain consumer confidence in organic integrity.

But growers, certifiers, and retailers cannot achieve that outcome without a little help from the USDA. Let’s hope a fresh breeze soon blows through the halls of USDA and brings with it new thinking and creative solutions to a problem that has already lingered far too long. 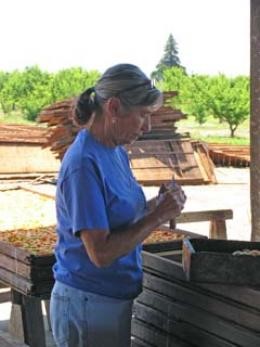 It is with a heavy heart that we share news of the passing of one of our dearest growers, Betty Van Dyke, in Gilroy, at the age of 89. ... 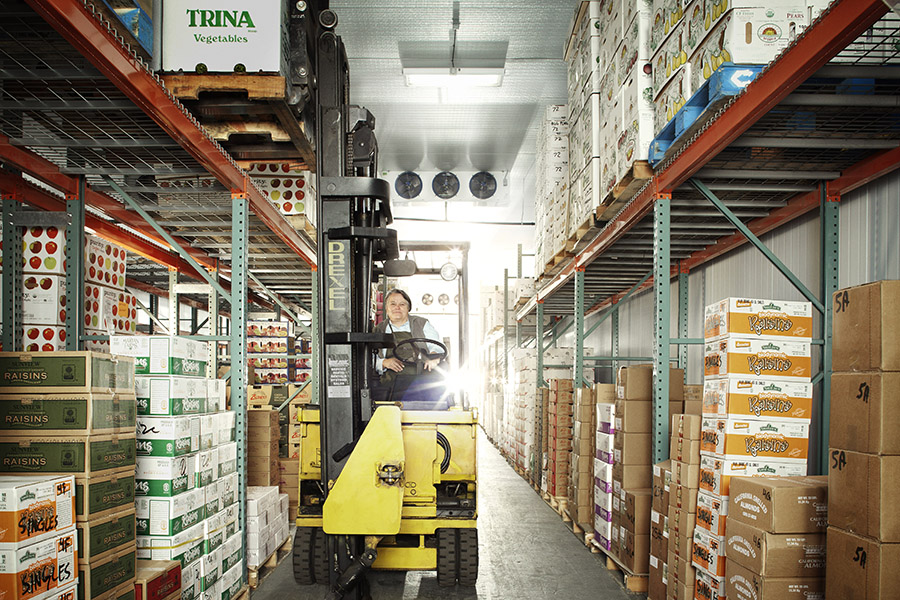 Ten Women in Charge: CEOs Whose Companies Are Making The World A Better Place